You were chosen to design the sets for the Eurovision Competition of 1979. Do you have a main concept?

Yossi Tzemach, who was chosen to be the director of the event, spoke to me about his idea, which is based on the symbol of the Israeli Broadcast Authority (which was built like a lamp with 3 concentric rings). I reviewed the suggestion using a small model that I built. It seemed that it didn’t lead to any powerful and/or interesting effect. 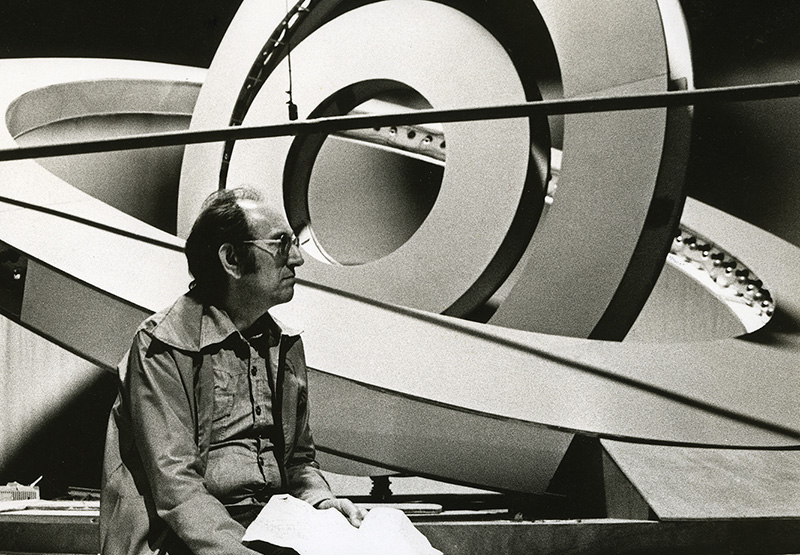 I wanted the main object on the stage to create a distinct icon for each of the 20 countries so that each song would have a different unique background. I understand that the rings should enable different shapes.

I worked a lot on this point – how to match each song with the rotation of the rings so as to create a typical and distinct icon for each song. One morning I came up with a solution: creating one big ring which will be placed diagonally on a rotating stage and inside it two more rings rotate on a fixed axis in the center of the rotating central stage. The three rings rotate independently of each other.

I also understood another thing: in order to create twenty distinct icons, one for each song, I would need a computer in order to program all the ring positions which would create the unique shape (Editor’s note: For whoever has forgotten, in 1979, there were no computers around as there are today in every household. Computers were big and heavy units found only in big institutions.). In order to do that, each ring moved by its own motor and the position of the ring was set by micro-switches (tiny switches). The front surface of the rings was covered by opaque Perspex and the side surfaces were covered by semi-transparent Perspex and lighten by lamps.

And did this complicated mechanism work with no problems?
When rehearsals began, the heavy rotating stage broke all the micro-switches that were made from porcelain.

How did you solve the problem?
The technicians worked all night to find a solution and then the idea came up to replace all of the porcelain micro switches with flexible switches equipped with springs. 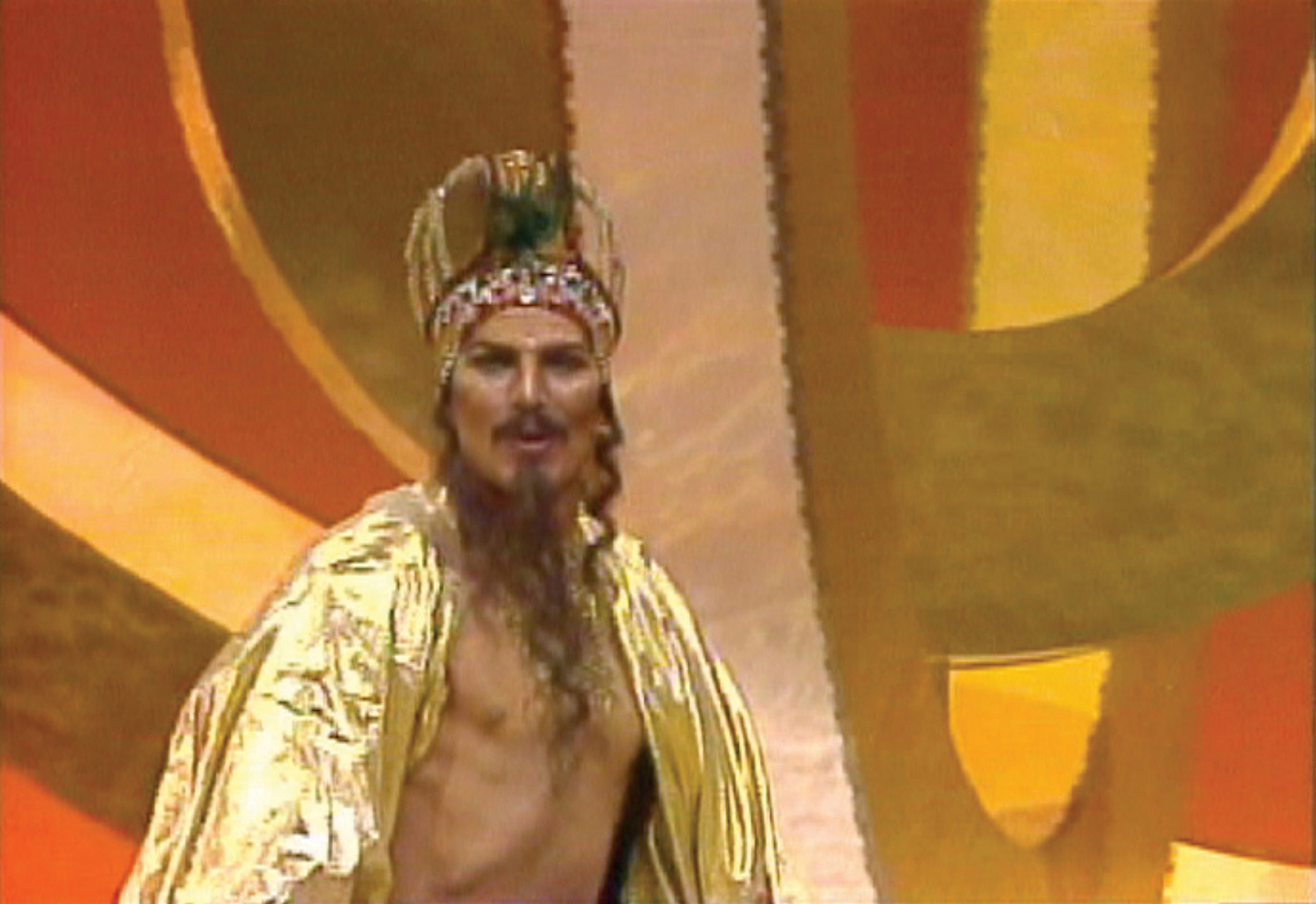 And did this solve the problem?
Yes it did, but there were other problems like transferring electricity to the rotating bodies without causing the cable to wrap around them. Therefore, you have to build special sliding rings which solve the problem by using springs that touch the rings. I also insisted on having a manual control in case there would be a malfunction so that it would be possible to control the whole device manually from the auditorium. In addition, we worried of getting wrong positions as a result of the flexible micro switches; therefore I insisted that during the live broadcast, a technician will sit under the stage ready to act if needed.

Are you planning a special effect for the winning song?
Yes, I plan a surprise. We will build a backdrop behind the rear screen made of linen and on it there will be 3 rings with internal illumination. The 3 rings will light up one after the other and thus create waves of light on the screen. This effect will be activated as long as the winning song is played and will symbolize its broadcast to all viewers wherever they may be.