The Smurfs was a comics film created by the Belgian cartoonist Peyo. It was first introduced as a series of illustrated comic strips and several decades later was adapted into a children's television series. The Israeli producer Haim Slutzky had an idea to create a live show in Hebrew, based on the Smurfs story. The shows were planned to run in a big circus tent that Haim brought and placed in the "Luna-Park" area. One problem remained unsolved: adult actors played the smurfs: how could we make them midgets? I found a good solution: my idea was to build on the stage hills made of polystyrene, covered with grass and flowers, through them winding channels were carved from one side of the stage to the other. 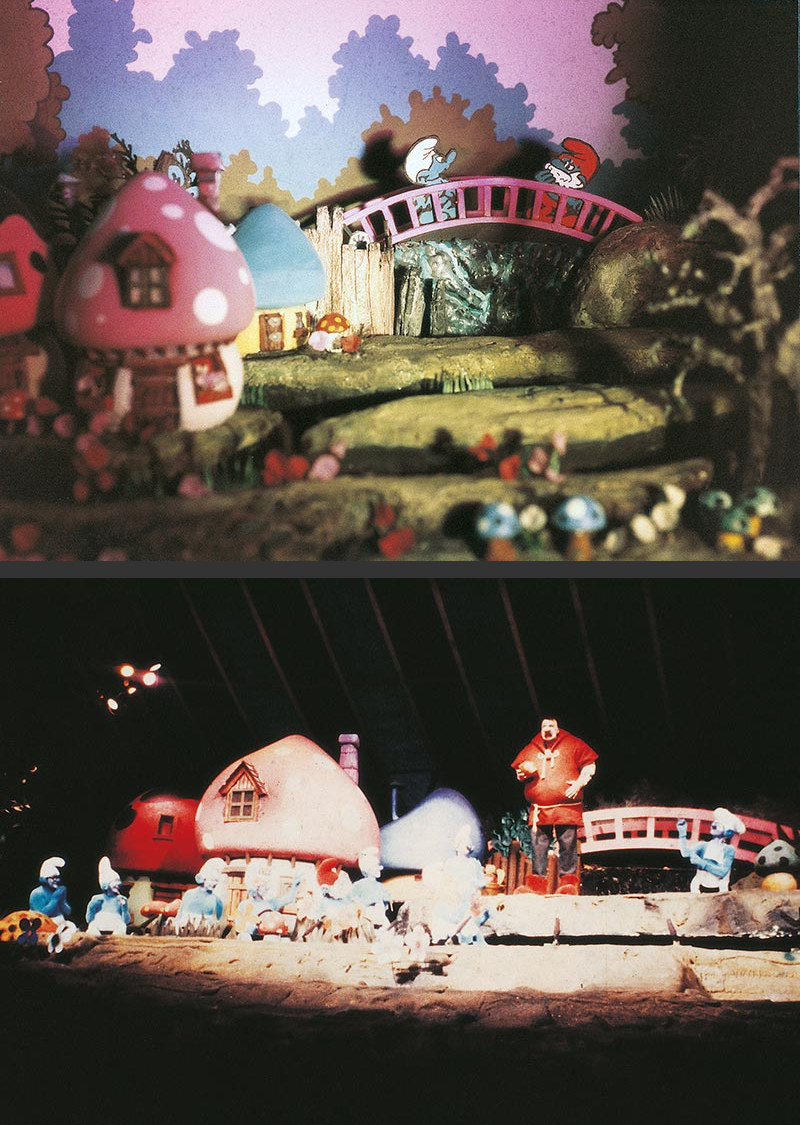 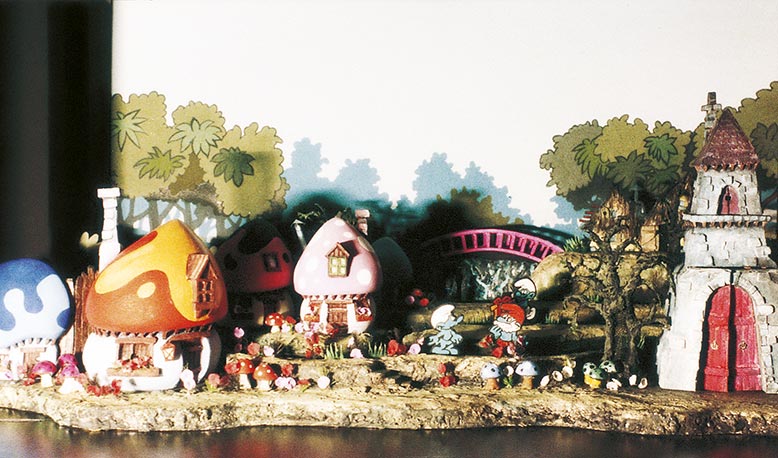 The actors, who played the smurfs, moved in the channels so only half of their bodies were seen. They wore shoe- shaped gloves on their hands, so it looked as if they moved on top of the surface. The solution worked very well and the result was convincing. When the shows of the smurfs in Israel ended, Haim wanted to run the show in France. To do this it was necessary to obtain the copyright from the creator, Peyo, so Haim and I traveled to Belgium to show Peyo the model of the set, and explain how adult actors can play as smurfs. Peyo accepted the idea with enthusiasm, and gave us permission to perform the show. Due to commercial disputes the show was not performed in France, but later on was performed in South America.